Alexandra Headland, known to the locals as 'Alex', is a coastal community situated on Queensland's Sunshine Coast. The community is located on a beautiful spot on what is known as the Sunshine Strip - it sits between Mooloolaba and Maroochydore. The town with its laid back atmosphere and inviting beaches has become a popular spot for surfers. It is well known that off its rocky headland is some of the best surf on the Queensland coast. Swimmers can also enjoy the rolling beaches as there is a patrolled swimming area provided by the surf club.

The headland has spectacular views to Mount Colum and north along the sweeping beach to the Maroochy River. Alex is just over 100km from Brisbane

Alexandra on the Pacific 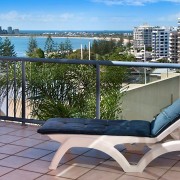 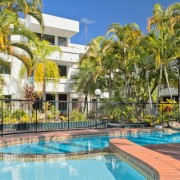